I recently bought a Samsung Galaxy S7 Edge phone, and got one of those fancy Samsung Gear VR sets bundled with it.
After checking out the Oculus Store on the S7 Edge, I soon noticed many of the games require a controller… damn! “Luckily” I had an OUYA controller I thought I could use, because my Samsung phone aint rooted, and can’t use my PS3 or PS4 controller. The OUYA controller connected fine, but the analog sticks were totally fucked up. In-game they kept moving round in circles etc. So I had to find another solution.

Then I found this cheap-a$$ Asian controller called iPega PG-9017S Bluetooth Controller. I hurried up, and ordered one for like 14 €, and crossed my fingers for a few weeks until it arrived today 🙂
The controller feels a little plastic-like, because of the build quality. But at least for that price, it was okay. I had some trouble getting it into the right mode, but after pressing HOME and held down the A button for a few seconds, while pairing made it work as intended!

I’ve played Minecraft and EVE:Gunjack and a few other titles so far, and it works great! 😀

Previously I’ve tried the first Oculus Rift DevKit, and Google Cardboard with various phones. But I have to admit, the Gear VR experience is the best I’ve had of them all so far. 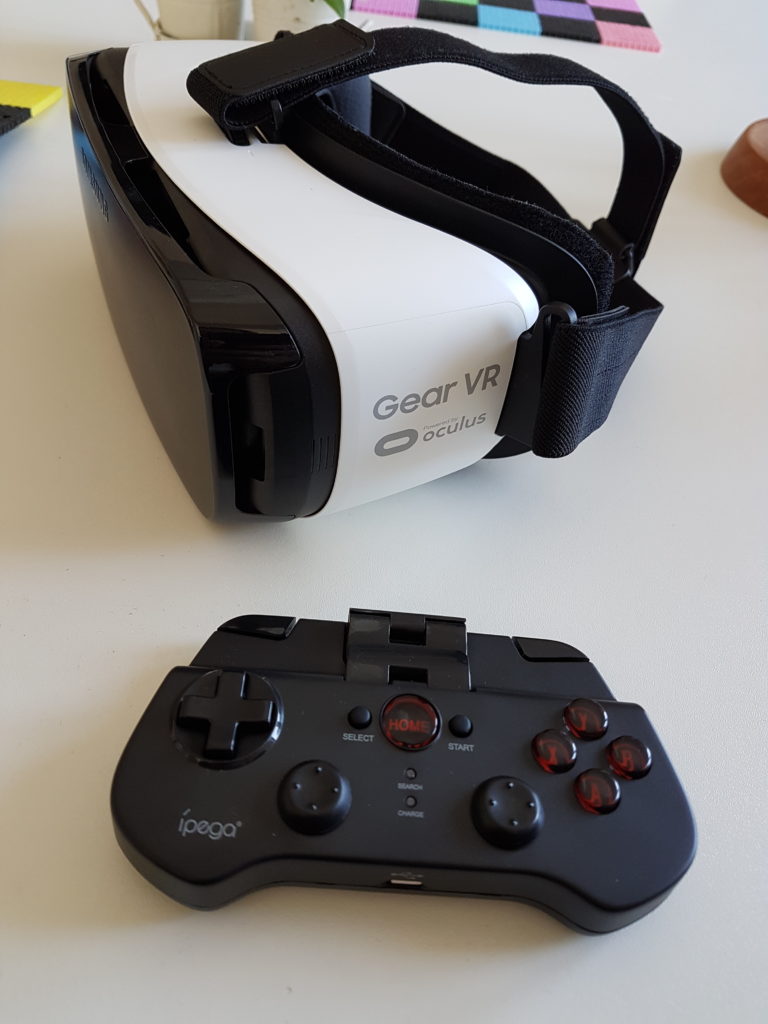 Posted in Random talk by Kasper
Write a comment

This site uses Akismet to reduce spam. Learn how your comment data is processed.